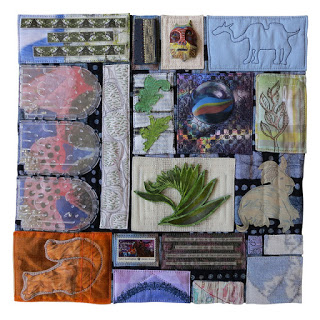 Photo of “The Art of Inclusion #1” by Stella Beli.

“Gender as a category of analysis explodes as technologies remap the category to reinvent fresh ways of interpreting sexualities and social/political desire.”

It has been more than two years that the MALCS membership has been in a challenging discussion on inclusion in our organization. As I try to draw lines from so many conversations, I see that the issue of a “woman’s space” has permeated the contentious arguments for or against expanding categories of membership. What has developed in this process, what has become a central focus of Chicana feminisms is the conscious effort to negotiate, to shift from the types of binary oppositions that fix and position us at the margins.

As MALCS emerged from the debates about gender within NACCS in the eighties, these questions remained “unsettled” and continued to make our MALCS space one where our differences are left open-ended…unsettled, waiting, and anticipating. As Chicana feminists began defining what occurs in third spaces —the processes, the ways of doing things—has rested on a continual need to find our histories, of learning again what our practice was and what it could be like. MALCS has also become that alternative space, the third space of developing ideas, nurturing our voices and building solidarity.

As MALCS began to work through these topics we additionally processed the memberships discussion when it came time to update our bylaws, to develop more inclusive terms of membership. Through workshops directly addressing inclusion and in workshops discussing our bylaws, we discussed what a change in membership would mean. We also learned that bylaws are guidelines and therefore are not only amendable, but can reveal or reflect a future vision, directing or indicating a move forward. Ex-Officio Monica Torres and I shared a conversation in this process where we both expressed pride in how this organization takes up very problematic issues. We jump into the fray of battle; we take up previous questions, one that we thought or assumed settled long ago. We are challenged each of us by other members…we can’t be too comfortable…there is much more to understand…to perceive differently.

As MALCS’ previous chair, at various times, I had to write to members to request that they un-invite their partner who significantly contributed to the work, or to a professor to un-invite a student who provides a different path to understanding, or to ask a chapter to un-invite a participant/member from attending the MALCS Institute. At those times, I worked and revised and reworded these requests, looking for words that would honor the restrictions. How to express that MALCS space was a mujer space, woman’s space, to give us the space to articulate, to conjecture, to find, to express in words that go against the grain, negotiate and resist without also excluding. That is what our space has meant to us, and it has been an important one. Yet, so many more have engaged the essays, the poems, the films, the art of women of color feminists, moved by or ignited by new ways of thinking about race, class, gender, sexualities, abilities no longer contained by borders.

It was Maylei Blackwell who best expressed for me our decision to include trans and gender non-conforming people in the membership of MALCS as the legacy of Chicana feminisms: “they are the children” of our labor. Finding space in MALCS–the issues of who to include and to exclude–aren’t put to rest with a bylaw change. Will transgender and intergender folks want to come to this space? What can/will MALCS do to make this a safe(r) space? Is this changed space only a temporary one? A place to hone one’s voice, to find some respite—as it has been for so many of us?

As I think through my own process of thinking what inclusion means to MALCS—from an essentialist definition of woman/mujer—to consider what MALCS can become, I find that we, MALCSistas, have to go to new ground, new engagements, new territory, to unsettle what we have assumed. We need to re-consider, review, and even rework what “feminist practice” is. In many instances, it seems that feminist practice is about cordiality as discussions become heated. Yet each discordant voice helps us to hear; each clamor alerts us to listen. At other times, feminist practice underscores love for one another. I think love is the premise of our discussions and that it should recognize disagreement. We have a long way to go. The inclusion of transgendered and intergendered folks has shifted the ground…this MALCS space. It shows us where we have to go and it reveals that we need to find our definition of feminist practices, of good practices. Our MALCS elders brought these issues to the table when it was founded and it shows how difficult yet unafraid our elders are. We are the children of those irreverent theories, those conflicting experimentations, of those words that speak to our multiple experiences, of this MALCS space.

As I took up this essay I heard that disagreements were circulating, that emails were starting up re-engaging the bylaws change on membership. I wish this conversation could take place on our MALCS web, here on Mujeres Talk or via the listserv to all members. Our engagements, our disagreements, our differences make MALCS the unique organization that it is. Our work, our discussions and debates attempt to make MALCS a “safe(r) space” to find ways of creating bridges between our many communities.

Our bylaws change reflects more than three years of discussion. Members disagreeing, members finding ways to bring the discussion to the table, finding ways of putting the hallway discussions onto the floor of our panels and workshops, on our agendas. It has been and will continue to be debated, however, I don’t think we will go back; I think the discussion of inclusion has never been closed/settled.  Our membership finds ways of interrogating, intervening and changing what we look like, of who we are. The bylaws change begs the question: who else will be included? That answer will reveal itself as we find how our practices and theories sometimes blend, collide, sometimes even confuse. And as we develop a working definition of feminist practice, I believe, we will develop discursive and material practices, revealing our limits as well as showing us new paths/circuits for liberation.

Marie “Keta” Miranda is on the faculty at University of Texas at San Antonio in Mexican American Studies and a former Chair of MALCS.