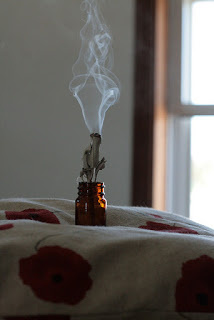 By Brenda Sendejo and students at Southwestern University

This trensa, or braid, weaves together the voices of a group of students in this semester’s Latina/o and Latin American Spiritualities course at Southwestern University. The course is cross-listed in anthropology and feminist studies and students come from a wide array of majors. I invited students to reflect upon the ways in which the class and our explorations of spiritualities, identities, ways of knowing and issues of social justice have impacted them. I am grateful to them for “risking the personal”[i] and for serving as teachers to me in so many ways.

I took this class hoping to find something, a tradition, a practice, anything to help me better define myself.  I have always struggled to identify as Latina.  My mother was adamant about it, “you are not white, you are not biracial, que gacho, you are Latina.” Not that I didn’t want to be Latina, but I questioned it sometimes, it was easy to: I was never treated as a Latina by anyone.  I can’t blame people, I don’t speak Spanish and I don’t look the part, my mother’s family gave me nicknames like güera — sometimes it felt like one step above gringa. I never thought my spirituality would give me this identity until I took this class and I realized that this spirituality, this piece of my identity was uniquely Latina, uniquely Mexican. What I now see as the source of my Latina identity I fought growing up. It wasn’t until I was older that I appreciated the relationship with God, the relationship to my ancestors, the relationship to my culture. Bless my mother for her patience because I fought her every day, resisting her spirituality, which I now cling to, for they are the roots of my Latina identity.
–A. O.

My entire life I have grown up with the Catholic faith: going to church every Sunday, being baptized, celebrating my first communion and becoming a godparent in the eyes of the Catholic Church, twice. Now, I find myself going to full moon drumming circles, using sage to cleanse my room and experiencing nature and peace at Alma de Mujer. Part of me wants to embrace the spiritual side, the one that gives me the agency to find my true self and empowers activist work. The other part of me wants to rid itself of the Catholic faith, but this is the side that also represents my family and my family’s faith and comfort, so I hang on to it. “It is this learning to live with la Coatlicue that transforms living in the Borderlands from a nightmare into a numinous experience. It is always a path/state to something else.”[iii] I signed up for this course out of the pure interest in knowing what it was; it was never about knowing who I was. My identity continues to be questioned, even today, but the path that I am on has taught me to not simply continue going through it but the experience of “growing through it.”[iv]
-L.C.

My concern with religion has always been of an epistemological nature. I’ve understood religion as different peoples ways of articulating the world for themselves. I must admit that rooted as I was in a ‘Modern’ way of thinking—that privileges the empirical and scientific over the spiritual—I viewed religion with skepticism and sometimes disdain. However, Latino/a/Latin American Spiritualities provided me with different insights. The colonization of the Americas tends to present itself as the domination of the colonizer over the colonized.  In particular, colonial violence lies in the subject’s (colonizer) attempts to strip the ‘other’ (colonized) of their subjectivity. However, Latino/a/Latin American Spiritualitites, demonstrates that these attempts have failed to be successful. The course provided me with numerous examples of different peoples exercising their subjectivity through their spirituality. In particular, it demonstrated to me how knowledge can be both geopolitical and geohistorical. New identities were crafted in response to attempts of domination, new subjectivities  and new epistemologies. Spirituality has gained new significance for me. It seems to be the manner by which the ‘other’ not only resisted objectification, but carved out a space for itself, providing Latin America with new meaning.
-A.J.

I now truly understand the importance of remembering the past in order to shape a brighter future because of this class. Recently, by overcoming a bout of susto, I have developed a new routine of meditation every morning to align myself in the divine light. My true nature is God, but as I stray from that point of awareness, interesting things happen. Gloria Anzaldúa is an excellent scholar who eloquently explains the experience of conocimiento: the path towards the “Ah HA!” moments in life. In reading her work, I felt a sense of security and ease, in realizing that all of my personal hardships and setbacks were not in vain. Every experience has a purpose, and our lives are valuable, not only to our friends and family, but to society and the entire global population. Stemming further from that note, I now am able to see immediate connections through indigenous practices and beliefs across the world. Eastern religions use similar practices like ridding the body of negative energy, or using prayer or meditation to quiet the mind. Coming from a purely spiritualistic approach, this class has shown me the ways in which scholarship can be applied to spiritual aspects of life.
-I.M.

I grew up praying once a week and spent every day watching out of the corners of my eyes for duendes and earth-bound spirits that my family told me about. Later, my mother began immersing us more in the Catholic faith. I began to study the Catholic Church. Soon I studied any religion: Buddhism, Wicca, etc. In many religions, something would strike a chord with me. The chakras in eastern religions, the worship of a feminine deity in Wicca, the pillars of Islam, all fell in with the way I perceived the world and my existence in it. I believe “God” to be genderless yet able to take on a gender. Catholics perceived God as male, but Wiccans saw the Moon Goddess and the Horned God. Likewise, monotheism, duotheism, polytheism- all rang true. I became confused about how to practice what I believed in. I confirmed Catholic, but my other beliefs remained. This course has given me concepts that eliminate that past confusion. The writers whose theories and practices we have explored, the fusion of indigenous beliefs with more organized religions we have studied, all of it, has enabled me to grow comfortable in my practices and beliefs.
-J.E.

This class has been a unique experience. I have been able to vocalize ideas and emotions that haven’t been validated within my academia before. Meeting other people, students, professors and Austinites, who are “all in the same boat” has renewed a sense of peace within myself and sense of solidarity with my communities. It has given me a framework to think about my experience in activism and spirituality. This and the communities we build give me strength to deal with hardships concerning activism and spirituality. I’d like to share a poem concerning a difficult conversation with a friend over what we discuss in class.

It’s because I like the mountains and you like
the ocean. Both lack oxygen, and we like to have
our breath taken away. Despite our similarities, there are
clear boundaries where water ends and sky begins. I admire
that you haven’t changed as much as I have. You are still
conservative, steady as the tide. But there are problems
bigger than your own anxiety. I was fourteen
the first time I was called an exotic beauty
by your parents. My skin is olive but my eyes
are light; to most who see me, my race doesn’t
compute like they think it should. But I am not made
of palm trees and sand; and while activism
may not be important to you, it is important to me.
And you’re only Irish on St. Patrick’s Day.
-A.G.

From the black they are revealed to me. First, and most clearly my granddad, shining a bright radiant gold.  More vibrant than he ever was in those last few years. He does not say anything; indeed, none of them do, but his smile is the best of family-acceptance, understanding, home. To his right is grandma sitting on that same couch from her trailer behind my grandparents’ house—piles of family albums stacked up beside her, holding the vaguely remembered mythology of my childhood. The next and least clear of the recognizable ones shifts shape—boy then girl, old then new, toddler, youth, each flickering seamlessly into the next. The one who never was. Surrounding these filling in the gaps, linking to the time the living ancients do not remember are the old ones. They are more a feeling than a reality now, I hope of a time to come, a time when I will know them and gain some connection, some rooting to this me that is more than my time here. This is the way I see—my classroom daydream. But I question—imagination, vision or possibility, I wish it the legitimacy of a drumming circle, a prophetic vision, the safety of sacred space-of the earth or church. Still, I do not desire to care. This is what has been given to me or maybe what I have taken for myself. And I dare you to try to assign it a religion. I am embraced by “the practice of imagination. . . its ability to speak to [me] about [my] worlds”, by the notion that “to imagine spiritual mestizaje is in some ways to enact it.”[ii]
– A.H.

Brenda Sendejo is an Assistant Professor of Anthropology at Southwestern University. She researches religion, spirituality, the U.S.-Mexico borderlands, racialization and feminism. She shares authorship of this week’s Mujeres Talk blog essay with her students.

Brenda, it sounds like you’ve impacted these students for life! Thank you and congratulations!

1 thought on “Reflections from Within: Explorations of Spirituality, Identity and Social Justice”