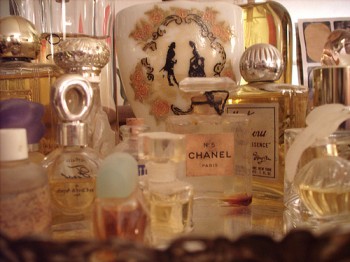 It was circa 1983, when I was a junior high student in the public school system in Puerto Rico, that I experienced one of my first deep contemplations about Puerto Rico’s political status by way of an exchange between a teacher and a classmate. The exchange was in Spanish, of course, so before I actually delve into the tale, I need to explain the “punch line” (in my opinion, the biggest disadvantage of translation). Mainly, in Spanish, the word for colony, “colonia,” is also the word for cologne. Understanding the nuances of this story, and why I found it so meaningful, is contingent upon understanding this homophone.

My eighth grade Social Studies teacher, I will call her here Miss Vilas, was a young woman fresh out of college, who came to work every morning on the back of a black Harley Davidson driven by her boyfriend, at a time when young women did not have “boyfriends,” did not ride in motorcycles, and definitely did not ride in their boyfriend’s motorcycle.  But she didn’t seem to care about societal expectations, and that translated to her work in the classroom. Always eager to teach us a few things about Puerto Rican society beyond what was stipulated in our curriculum, Miss Vilas was a good teacher, and her willingness to step out of boundaries appealed to my inquisitive mind. One day, out of the blue she began a discussion about the political status of the island, an event completely out of the ordinary, for up to that moment, the political status of Puerto Rico had been presented to us, not discussed in class. The Estado Libre Asociado or ELA (that is the Commonwealth status) was always taken for granted in the curriculum, and if anything, up to that particular day, I was under the impression that the ELA would always be an immutable and permanent fixture in the island’s government.

Our extraordinary discussion soon generated what seemed an extraordinary reaction. Upon hearing the name “Estado Libre Asociado,” “Bill,” one of my most articulate classmates, scoffed loudly and rolled his eyes, while playing air drums with his pencils to a tune only he could hear. Bill’s reaction made Miss Vilas stop dead in her tracks and look at him, intently, with a mysterious, undecipherable smile. Bill, still playing air drums, had closed his eyes, completely unaware of our teacher’s penetrating gaze until she finally asked: “why such a strong reaction, Bill?” Bill responded (without missing a beat with the pencils and with a mysterious smile of his own) that the ELA was nothing but a colony (“el ELA no es nada más que una colonia, Missis,” he quipped). The rest of us gasped in collective unison, but Miss Vilas quickly but firmly shot back: “colonia no, perfume” (which roughly translates as “not cologne, but perfume”). Her smile was intact.

The majority of us understood her point: perfumes are supposed to be of better quality than colognes, which are generally less expensive. Many of us laughed at her response, while Bill seemed to be taken aback by it—his air drumming stopped altogether, his smile turned into a frown. I laughed with the majority of my classmates, but I had to process what that really meant. Was she defending the political status of the island? I may have looked at it as a permanent fixture, but even I knew that the ELA was nothing if not flawed. This exchange between my teacher and my classmate stayed with me long after I graduated from junior high, from high school, and from college, and through my years as a graduate student and now as an academic. After all, Miss Vilas was not the only one on the island who thought that the Commonwealth was indeed not a form of cheap cologne but a fine bottled-up perfume.

Thirty years later, I now see Miss Vilas’ witty response to Bill not necessarily as a defense of the Commonwealth status, but as a tactic for dealing with a taxing situation (i.e., an unresolved political status that has lasted for half a millenium) by exerting some agency against its overwhelming weight. She was, in a perhaps awkward way, redefining her subject position (and by extension the subject position of all of us in her classroom, for we were all Puerto Ricans) vis-à-vis the US: in the end she did not want to be seen as (nor did she want to be) the subject of a cheap colonial configuration, to be sure. Miss Vilas’ way of engaging with the Commonwealth taught me an enduring lesson: regardless of the position from which they may advocate a particular political view, Puerto Ricans are painfully aware of the Commonwealth and its impacts, and do what they can to negotiate their location within it. It was also telling that even though we had never been formally taught about colonies as such, we still knew, as thirteen-year-olds, that the word (especially as it was being used by our classmate Bill) was meant as an insult, and a clear indictment of the island’s government. Our collective gasp reflected how much we knew, at such a young age, about colonies and about insults.  That the status of the island could be articulated as an insult, and thus something to be wielded in order to put people (us!) down, was a major insight to me that day.

In retrospect, the fact that I remember this particular exchange so vividly is indicative of how ingrained and even traumatic notions of Puerto Rico’s status can be. My recollection of the exchange often returns in my musings about the island, as it was around that time that I began to consciously process and sift through ideologies about its political status.  The exchange between my teacher and my classmate ultimately taught me that, as a Puerto Rican, I should learn to simultaneously deal with sensibilities that metaphorically articulate Puerto Rico’s status as a “cologne,” and those that articulate it as a “perfume.” The biggest insight for me now, however, after years of studying, thinking and writing about Puerto Rico’s political status, is that, although the island may actually be a little more than cologne, in the end, it is all colony. From the government to the educational system. From the economy to its daily diversions and entertainments. From the unemployment rate to the ever-expanding Diaspora (of which I have been a member for 20 years now). From every institution to every minute aspect of life. All colony. Then (when I was in school learning about the ELA), and now (as I continue the struggle to envision a future for Puerto Rico beyond the ELA).

Carmen R. Lugo-Lugo is an Associate Professor in the Department of Critical Culture, Gender, and Race Studies at Washington State University. Her current research is on Latinos in the US, “the War on Terror,” and popular culture. She is a member of the Mujeres Talk Editorial Group.

11 thoughts on “Of Puerto Rico, Perfumes and Colonies”