The video in the link above depicts the public humiliation of a child street vendor in Tabasco, Mexico. Three officials stand tall next to him as he inconsolably and powerlessly follows through on their command to dump on the street the merchandise he carried on a small straw basket. Once he empties the basket, the officials turn away and leave him on the floor to collect his merchandize. This incident took place in Mexico, but this also happens in our own backyard, here in the U.S.

When I watched this video, I was working on an academic article based on original research I conducted in 2009 to 2012 with street vending children and their families in Los Angeles, CA.  Street vending is a popular economic strategy for poor, undocumented and Spanish monolingual Latinos in Los Angeles. During my study, I spent two and a half years with various street vending families and conducted 66 interviews with children between the ages of 10-18 and their parents. I also accompanied several families while they sold goods on the streets. END_OF_DOCUMENT_TOKEN_TO_BE_REPLACED 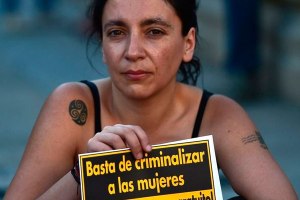