This week we feature Latina/o Studies scholars and writers Lisa Magaña, Christina Bejarano, and Daisy Hernández on the role of Latinas/os/x in today’s political climate and how the 2016 election will affect Latina/o/x lives.

Latinos play an increasingly important role in today’s political climate, both in terms of their increasing presence in the political environment and their growing voting power in the elections.  Latinos are a key voting bloc of swing voters that are courted by both political parties and they are forecasted to play a pivotal role in upcoming elections.  This particular election has brought a heightened sense of importance to the Latino vote.  However, this increased political attention comes with both negative and positive ramifications for Latinos. 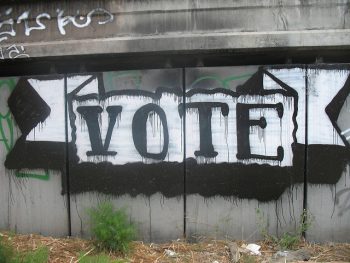 The current political climate provides several clear issues of importance for Latino communities, which can be an additional motivator for Latinos to participate this election.  Latinos are concerned about multiple issues including their top concerns on immigration reform, improving the economy, and creating more jobs, as well as providing quality education and health care.  This election has also emphasized the need to address mounting anti-Latino and anti-immigrant discrimination in the country, as well as police violence and inner city tensions.  Many Latinos acknowledge the negative repercussions of the Trump campaign, which has created a more END_OF_DOCUMENT_TOKEN_TO_BE_REPLACED 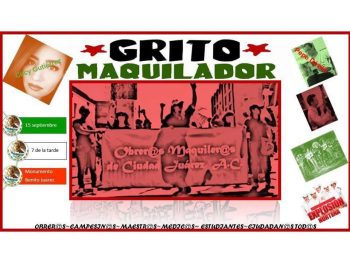 The maquiladora industry has long impacted the border region, especially the Ciudad Juárez-El Paso region. With the passage of NAFTA, neoliberal economic policies that have encouraged the freer movement of goods and services across the border have especially encouraged the explosion of the maquiladora industry. In a maquiladora factory workers assemble part of a product (such as a car door handle) and the product is shipped to the final country destination where multiple parts will be put together for the finished product. Maquiladora factories do not have to reside on the border but many of them do because of their proximity to another country and trade laws. Though promising stable jobs and a healthy economy, this industry has had detrimental effects on the workers themselves. Still recovering from a sluggish economy and heavily hit by the cartel violence from its peak in 2010, the region where maquiladoras flourish provides plenty of employment opportunities. There are over 300 maquiladoras in Ciudad Juárez that employ over 250,000 workers at substandard wages. END_OF_DOCUMENT_TOKEN_TO_BE_REPLACED