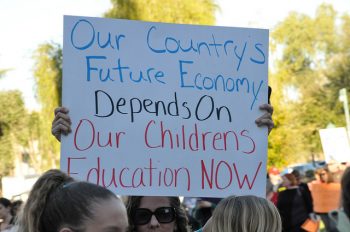 Latinas are relatively scarce in leadership positions in K-12 public schools.  Nonetheless, as my recently concluded dissertation study (2016) indicated, fractional representation does not equal nonexistence but, rather, exclusion and neglect. In my study, I examined barriers to career advancement, the effects of barriers, successful strategies to overcome challenges, and the roles of race and gender on leadership ascension and practice from the perspective of K-12 Latina public school administrators.

Utilizing a mixed methods approach that included 30 survey responses and 4 interviews with two public school principals and two assistant principals in the state of Florida, I gathered information from Latina administrators of varied ethnicities, including Puerto Rican, Guatemalan, and Venezuelan. Their ages and leadership experiences varied too, ranging from 29-62 years of age and 1-26 years of educational leadership experience.

For me, this study was important, considering the historic underrepresentation of Latinas in K-12 public school administrator positions. Contributors to the relatively low numbers of Latinas in educational administration roles had been previously been attributed to racial and ethnic discrimination, gender bias, lack of support and mentoring systems, as well as cultural stereotypes (Byrd, 1999; Garcia & Guerra, 2004; Méndez-Morse, 2000; Méndez-Morse, 2004; Méndez-Morse, Murakami, Byrne-Jiménez & Hernández, 2015; Myung, Loeb & Horng, 2011; Ortiz, 1998). Findings of my study found in concordance with those previously espoused in the literature.

I conducted my study under the theoretical framework of Critical Race theory, a research methodology employed to analyze the experiences of persons of color with race, racism, and other forms of subordination (Alemán, 2009; Solórzano & Yosso, 2001; Solórzano & Yosso, 2002).  As a social justice researcher and advocate, this theoretical framework was imperative, as it promotes social justice and seeks to challenge the dominant ideology with the hope of creating societal change.

Findings of my study provided substantial statistical (inclusive of descriptive and correlational) evidence to suggest in part, that race and gender may be inseparable factors (hindrances) challenging Latinas from attaining leadership roles. Survey responses indicated, for instance, that these Latinas perceived their race and gender to have hindered them from attaining K-12 leadership roles. Descriptive statistics further substantiated the inseparable role of race and gender on Latina’s educational career’s where gender was shown to have little benefit in helping Latinas to obtain their current leadership position and in qualitative analysis where Latina administrators did not perceive gender to have helped them obtain their current positions.

The findings in my study which suggest that race and gender are interrelated and pose challenges to Latinas in the field of K-12 educational administration are significant.  They serve to highlight the double whammy that practicing and aspiring Latina administrators face from their status as minorities and as women; these are not challenges likely to be faced by persons of the racial majority.

Other race-related barriers likely to challenge Latinas from entering and ascending through public educational leadership ranks surfaced in my study: (1) discrimination on the basis of race during the screening, selection, and interview process; (2) negative perceptions by colleagues due to the already low numbers of Latinas in administrative positions; and (3) a perceived teacher, administrator, and community preference for white administrators, for instance.  Practicing Latina administrators shared experiences that also revealed their encounters with deficit thinking, micro-aggressions, institutional racism, and marginalization.

One of the quotes that stand out the most from my study serves to encapsulate its findings:

“[…]Hispanic administrators are almost nonexistent. When you look at the student demographic, the county does not reflect it at all.  I feel the only reason I was appointed was because they desperately needed a bilingual administrator in that area of the county.  Although I had extensive administrative experience in another field, HR did not believe I had the necessary experience to have the position. Luckily for me no one wanted the job and I was appointed by the Superintendent” (Anonymous).

Despite the many race and gender-related challenges faced by Latinas in the K-12 public school administrator field, all Latinas taking part in my study self-identified as highly-successful in their careers and were are able to employ ethnic and gender-derived characteristics to positively influence their everyday leadership practice and style. Challenges with issues of race and racism, for instance, afforded them a heightened sense of cultural awareness. Gender-derived leadership characteristics inherent in the interviewees, characteristics such as maternal, sensitive, empathetic, emotional, and receptive, indicated not stereotypical notions of Latina behavior, but rather, characteristics which study participants stated, assisted them in their roles as administrators. 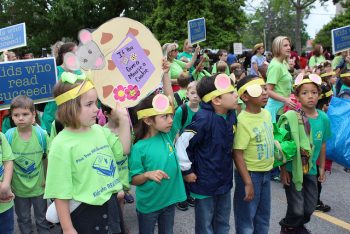 Despite the many race and gender-related challenges faced by Latinas in the public school administrator field, all Latinas taking part in my study self-identified as highly-successful in their careers and were are able to employ ethnic and gender-derived characteristics to positively influence their everyday leadership practice and style.  Challenges with issues of race and racism, for instance, afforded them a heightened sense of cultural awareness.  Gender-derived leadership characteristics inherent in the interviewees, characteristics such as maternal, sensitive, empathetic, emotional, and receptive, indicated not stereotypical notions of Latina behavior, but rather, characteristics which study participants stated, assisted them in their roles as K-12 administrators.

My dissertation research has led me to recognize the positive contributions that are being made by Latinas in the field of K-12 educational leadership as well as the importance of promoting and developing practicing and aspiring Latina educational leaders in schools across the United States. As a result of my study I have made a call to action for human resources personnel and search committees to establish policy and practice to safeguard against the permeation of racial and gender biases and assumptions during the screening, selecting, and interviewing process.  I encourage educational administrator preparation programs and professional development coordinators to establish/develop opportunities for aspiring and practicing school leaders to examine their own racial and gender biases and assumptions and reflect on the impact that held assumptions may have on decision-making and leadership practices.  Lastly, based on the findings of my study I find an urgent need to disrupt the dominant narrative which is portraying and promoting public school leadership as exclusive for persons of the majority culture.  Instead, it is imperative to help create a new narrative; a narrative that shows educational leadership staff in schools across the United States to be as diverse as the students they serve.

Dr. Lisandra Tayloe is a Spanish language instructor at Florida SouthWestern College-Collegiate HS, located in Punta Gorda, FL.  She earned her educational doctorate degree from Florida Southern College (2016) and is an alumnus of East Strousburg University of PA where she earned her Master’s in Educational Leadership (2008) and a Bachelor’s in Spanish Language Education in (2006).  Her research interests include K-12 leadership, critical race studies, and multicultural education.