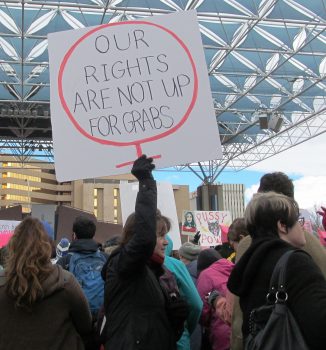 In these days of uncertainty and apprehension, the marches that took place on that day, in hundreds of cities across the country, provided some much-needed support and solidarity.  Those who participated were reassured that they are not alone, and those who watched the events in their homes, know that people will not be silenced.  They will be heard and they will be seen fighting for their families, cities and country. END_OF_DOCUMENT_TOKEN_TO_BE_REPLACED