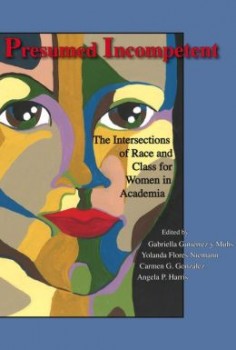 Since the publication of  Presumed Incompetent: The Intersections of Race and Class for Women (PI) edited by Gabriella Gutiérrez y Muhs, Yolanda Flores Niemann, Carmen G. González, and Angela P. Harris in late 2012, a quiet storm is gathering on the edges of academia. The book and subsequent Berkeley conference gave isolated women of color in academia impetus to step forward. Reading Presumed Incompetent is painful, so painful and so familiar many of us have to take it in small doses.

The truth is, academia is not a way station where rationality overcomes prejudice, but a site for the enactment of oppression essentially no different from any location. Under the rubric of what we assume is an honorable profession dedicated to making the world a better place, all the irrational competition and hatred that is race, gender, class (and the host of –isms which help prop up these central three) remains at the center of the intellectual project. Presumed Incompetent gathers together more than 500 pages of documentation of discrimination against women of color in academia. As stereotypical oppression after oppression is revealed in this collection, the reader is overwhelmed by the inevitable conclusion that not much has changed in this supposedly post-racial world. Many of us have been suffering in relative silence, believing that the treatment we have been receiving was unique and somehow pinpointed real faults of our own. Now, it is both liberating and frightening to realize that our sisters have been enduring similar treatment and worse.

As the stories poured out in response to the volume, it became clear that there was a need both to continue documenting them and to create a movement. The book has caused so many of us to come out of the woodwork, expounding our similar stories, that two law journals have made a coordinated effort to gather subsequent stories together.  Both the Berkeley Journal of Gender, Law & Justice and the Seattle Journal of Social Justice are publishing issues devoted to follow-up on Presumed Incompetent. 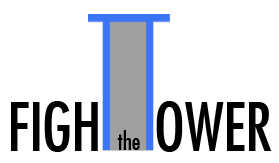 The revelations in PI have inspired a movement which is coalescing around a site created by Kieu-Linh Caroline Valverde, herself one of the most courageous survivors. Her battle for tenure damaged her health to the point she lost her unborn child and was clinically dead for ninety minutes before being resuscitated. The details of her story can be found in the Fall/Winter 2013 issue of the Seattle Journal for Social Justice along with the details of my own journey. Her site, Fight the Tower, will continue documenting stories and pressing for the kind of change we need in order to remake academia into a place where we do not have to be ten times as competent just to survive.

My own story includes the ridiculous fight for tenure I had to endure because of the veto of one Dean. Despite passing muster through all the relevant committees, this Dean refused to support my tenure bid twice, reluctantly not standing in my way the third time. By the time I was finally tenured, I had endured damage to my health and professional confidence. And before I had regained my footing, I found myself the sole caregiver for my handicapped and elderly mother while also undergoing a transplant operation. Every time I was poised to regain my former health and momentum, either the continuing abuse of my institution or my health problems surfaced in such a way that I found it literally impossible to walk or talk the path I knew was my destiny. Instead of perceiving me as the treasure I am, complicated institutional politics continued to bludgeon me with ridiculous assumptions about my work and health. Collapsing in the department office and being transported by ambulance to the hospital only increased the abuse. Ironically, one of my most vivid nightmares came true: I would almost expire right in front of the eyes of my “colleagues” who didn’t care enough to check whether I was dead or alive. “My” institution has lost all moral authority over me as a result of this litany of absurdities, and I consider myself a free agent living inside the mouth of the monster.

Women of color all over the nation are waking up to the struggles we have in front of us for the foreseeable future, realizing that academia is another battleground where we must continue to fight for recognition and respect. Academia is not for the feint of heart because it has long propped up all the elements of oppression in a complicated alliance with the powers that be. Our inclusion has tested its foundations and its foundations have been found wanting. We should never assume we are living in an ivory tower from which we can leverage social change: the ivory tower is allied with an abusive social structure, props it up in formal and informal practices and itself needs to be resisted. The stories emerging in the aftermath of Presumed Incompetent are stories of multiply valenced oppressions which enter our bodies, causing permanent disabilities which further weaken our efforts to fight the tower.

Research has demonstrated that oppression causes a host of chronic illnesses which are then used as excuses for further oppression and, for some, result in the end of their careers. The increased demands for work product created by neoliberalism since the middle of the twentieth century have increased productivity in every job sector without subsequent compensation. Academia has not been immune to this global trend, but the toll it has taken on those of us who are not enfranchised is huge. Those in the majority may produce adequately but for those of us not accepted inside academia as legitimate, no amount of production or excellence will suffice. The pressures create impossible demands, demands we seek to fulfill at the risk of permanent damage to our physical and psychological well-being. Wed to these demands are constant criticism born out of prejudice and hatred, born out of the simple fact that few in the majority have truly internalized their own pronouncements about equality and justice.

PI points out that “Betrayal of women faculty of color is also the betrayal of explicitly stated institutional values and goals within higher education in the United States” (Collin 302). We know that silence in an indication of abuse; the publication of this volume and its subsequent collections represent an end to the silence and a cry for action. Part of that action recognizes that those who should stand beside us, our fellow women of color, are sometimes among those actively complicit in our oppression. For this reason and many others, it is critical that all of us speak truth to power as often and as loudly as possible. Latinas are the most underrepresented cohort in academia. That will not change without tremendous effort. We must learn to ally ourselves, and we must do so in an organized fashion with a cohort of other women of color who are willing to be part of an effective resistance movement, a movement which is organized, courageous and committed to changing academia as just one of the many steps we need to take to change our world.

Dr. Ramona Fernandez is an Associate Professor who has taught at the college level for forty four years and is a graduate of The History of Consciousness Program at the University of California, Santa Cruz. Her book, Imagining Literacy: Rhizomes of Knowledge in American Culture and Literature was a finalist for the Frederick W. Ness award from the Association of Colleges and Universities and is now available in a Kindle version. She is gratified beyond measure to be part of the Presumed Incompetent movement.