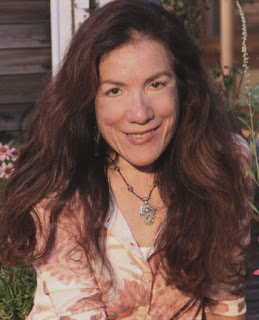 Diabetes is different from other diseases. Once you have it, you have it for life. There is no remission. Your pancreas will remain either completely non-working (type 1) or forever debilitated (type II). With diabetes, if you want to live a long life with a balanced glucose level, it is primarily up to you to completely change your eating and exercise habits (even with medication). Unlike cancer which most often concerns medical doctors locating and excising a tumor, followed by chemotherapy and/or other medications, the burden of controlling blood sugars rests upon the individual, not in excising the pancreas or getting a new one. An individual with diabetes could be taking medication like metformin, a well-known drug that has been on the market a long time and has had a good record in assisting the body to control sugar or glucose levels, but that is not enough. Notice that I wrote “assisting” because, again, the burden falls upon the individual. You can take all the drugs you want, but without a diet you create yourself that fits your chemical makeup, and without a good exercise regimen—complications from diabetes will appear (retinopathy, nephropathy, neuropathy).

And that is why doctors become so very frustrated with patients.  “I tell them until I’m blue in the face,” a doctor once told me.  “I tell them that it’s up to them.  They have to control their glucose levels.  A pill is not the answer.  Most people are not willing to make any changes until it’s too late—until they can’t walk, they go blind, they go on dialysis.”

I’ve thought about what this doctor and others have similarly said. And in reading so much about this disease, I’ve also understood another aspect to the patient’s inabilities to change.

First:  It’s very hard to come home after a diagnosis and be told to completely change your diet. To what? How does one know? Insurance companies often will not include “Diabetes Education” for patients until they are actually diagnosed with the disease. For those who are diagnosed as “Pre-Diabetic” (meaning that there is evidence of high glucose levels but not quite high enough for the diabetes diagnosis), there is no education. This should be the exact time when much of the education should take place. Or, if it is apparent that the disease is a genetic factor in an individual’s family history, that individual should have the opportunity to enroll in diabetes education even if she/he may never manifest the disease—at least they are more equipped to understand themselves and help other family members or friends who have it.

Second:  Michael Montoya’s book, Making the Mexican Diabetic (2011) is a must-read for all of us because he points out how Chicano and Chicana/Latina and Latino communities can so easily become areas with high rates of diabetes. For familias with a tight income, it’s hard to think about buying expensive organic food and taking the time to cook it when McDonalds offers a sausage burrito for $1.00 and when you are tired from working two jobs—who wants to cook?  And if you’re tired from work, the last thing you want to think about is exercise. Or if the doctor tells you to at least walk your neighborhood for a half hour every day, you may live in a neighborhood where that would not be a safe thing to do. I agree with Dr. Montoya that as long as we have the fast food companies setting up shop everywhere, as long as towns and cities do not offer safe public areas (parks!) with activities to join (swimming, running clubs, yoga, kick ball, sports for youngsters and adults), it’s going to be very difficult to lower the rate of diabetes in our population.

Third:  A key component to understanding your body is to test your blood and if you are on a very tight budget, this can be difficult. The glucose test monitor is often available for “free” (once you’re diagnosed). But the problem here concerns the test strips, which are expensive. Just yesterday, I bought (with my prescription) my supply of test strips. There are 100 in two vials. With insurance: $62. Without insurance: $124.

If you do not have diabetes (but you know it runs in your family and you’d like to start monitoring your blood so you will prevent the disease) or if you have been told you have “Pre-Diabetes”—you will have to shell out the $124. Something needs to happen so that the cost of test strips can be more affordable making it possible for people to purchase. I’m not sure what the answer is yet regarding the cost of test strips.

Why testing is so important: Without testing, you have no idea what your body is doing. You could feel just fine and your body may be riding on high levels of glucose and the longer you have such high levels running throughout your bloodstream, the quicker you will damage various organs in the body. It will only take a few months before the damage manifests itself in a variety of ways (neuropathy, retinopathy, nephropathy).

Fourth:  Trying meditation or learning strategies to cope in stressful situations is also key but difficult. Studies show that testing one’s blood regularly and keeping it balanced plus learning coping strategies is important in lowering glucose levels. Why? Keeping a normal blood pressure level prevents inflammation and inflammation will then also cause high glucose levels in your body which then also damages organs. And that is another aspect to this disease:  it’s not only about the food you eat, it’s also about how much stress there is in your life. Something as small as a simple cold cause glucose levels to rise. Illness, trauma, stress, major disappointments in life: all cause glucose levels to rise.

The U.S. can boast about all of us being hard-working people who produce more in a year than neighboring countries around the world. And we do. However, a study showed that even though we produce more, we also make more mistakes (because we are overworked) and therefore spend millions having to correct those mistakes. We also spend millions on emergency hospital visits and doctor’s visits.  The first year of my diagnosis, I ended up in the emergency room three times and even with insurance, my out-of-pocket expenditure to medical issues were quite high.

What to do? Some tips:

1. There are foods that do not have such a high residual pesticide load and are very affordable (non-organic).  These are:

2. A QUICK RECIPE:  I have found “mashed cauliflower” a most delicious substitute for mashed potatoes. Potatoes are not good for all individuals with diabetes. The high starch content will affect most people (and that includes rice as well—brown or white). Directions:

a.  cut up the cauliflower
b.  steam
c.  mash it up (either in a food processor or with a potato masher)
d.  add spices if you wish

Mashed cauliflower is easily frozen so you can make a lot of it, freeze it, and then you don’t have to keep taking the time to cook it each time you want some.

3. During that first year of diagnosis, what really helped me was figuring out how many carbohydrates are in foods. There is a little book which I call the “carb helper.” It’s title is: The Calorie King: Calorie, Fat, and Carbohydrate Counter 2012. It is revised every year or so and it’s vital for those of us with diabetes. You’ll be surprised what foods are high in carbohydrates (glucose) and what foods are not.   Those who are unfamiliar with diabetes may think that it’s just about staying away from desserts or sugary drinks. Onion and carrots have a lot of sugar, but I did not know this until I began studying carbohydrate counts. One carrot is like a spoonful of sugar. Who knew? And onions: why do onions carmelize?  Because they have a high glucose level. Since finding this out, I now cook with shallots instead of onions and it’s just as delicious.

4.  For exercise:  If you cannot afford a gym or cannot exercise outside, walk around your house (inside) for twenty minutes to a half hour, or climb stairs (if stairs are at your work, take time to walk up and down during half your lunch hour) if there are stairs at or near home or at work.  Purchase a new/used bike if you can afford it.

The most important aspect I have discovered in researching this disease is understanding how each individual (chemically) is so vastly different. Two people with diabetes may react very differently when they eat, say, a banana.  I know someone with Type II Diabetes who enjoys eating a banana every day and their glucose levels do not spike. I cannot eat a banana—not even a bite because then my glucose levels spike. The one thing to understand about diabetes is that the journey to balance glucose levels demands a journey into keenly understanding your body. Our bodies are like fingerprints. Our chemical and genetic makeup is so fascinatingly individual. And it takes commitment to want to do this.  But it can be done!

Amelia María de la Luz Montes, Ph.D. is an Associate Professor of English and Ethnic Studies at the University of Nebraska, where she also serves as Chair of the Institute for Ethnic Studies. She frequently blogs about diabetes and health issues.