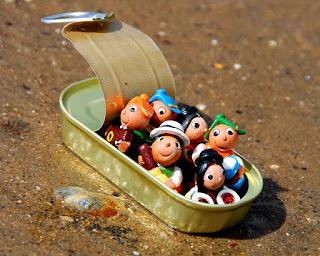 This act, also known as the largest piece of human rights legislation in the United States, was the first federal law to address comprehensively trafficking as a crime on both the international and domestic fronts. According to Polaris Project (a non-profit, non-governmental organization that fights modern day slavery and human trafficking), the TVPA is composed of three aspects: “prevention through public awareness programs overseas and a State-department led monitoring and sanctions program; protection through new T-visa and services for foreign national victims; and prosecution through new federal crimes.” This legislation was significant because it created an Office to Monitor and Combat Trafficking, whose task it is to rank other countries based on their efforts to halt human trafficking (and the President of the United States may choose to impose sanctions on countries that do not meet the minimum standards to end trafficking); established the temporary legal status of “continued presence” and the new T visa which allows survivors of human trafficking to stay in the United States temporarily and to apply for permanent residency after 3 years; and made trafficking a federal crime along with the new crime of forced labor (individual and corporate employers are the ones liable to be charged with these crimes). The TVPA of 2000 (P.L. 106-386) was an astounding act of humanity and compassion; it was reauthorized in 2003 (H.R. 2620), in 2005 (H.R. 972), and in 2008 (H.R. 7311) easily. Its renewal is purposefully scheduled every two to three years in order to address that fact that traffickers change their modes of operation periodically. Each time this act was reauthorized, improvements were made that enhanced the original bill’s approach to end human trafficking.

Although various academics, journalists and activists may have differing perspectives on the impact of human trafficking and the methods and language used to convey assistance to those who are trafficked, the impetus behind this act appears to be extending offers of help to those who find themselves to be survivors of exploitative practices. Consequently, the need for this act still is apparent and the Trafficking Victims Protection Reauthorization Act of 2011 (S.1301) began its renewal process on June 29, 2011 when the act was introduced and referred to its committee led by Senator Patrick Leahy (D-VT). Initially, this Reauthorization Act had 42 Senatorial co-sponsors (it now has 52). According to Leahy aides, when this committee turned to the House of Representatives, there was a need to strike a deal and that need has delayed renewal. The Act expired on September 30, 2011. Mounira Al Hmoud reported for the Times Argus online that for the past fifteen months, the Trafficking Victims Protection Reauthorization Act of 2011 has been referred to five different committees of the House, has undergone significant revision, and has Rep. Christopher Smith (R-NJ) as its sponsor. An editorial piece in The New York Times, dated March 21, 2012, explains how these revisions have not always been beneficial. For example, one revised aspect is the moving of financing for survivors’ services from the Department of Health and Human Services to the Department of Justice. This shifting makes little sense as the Department of Justice, in comparison to the Department of Health and Human Services, is not equipped to deal with the multi-faceted experiences and needs of survivors. Besides ill-conceived revisions, another detrimental aspect to the stalling of passing this reauthorization act is the inaccurate application of language used to discuss human trafficking to prosecute undocumented immigrants in states such as Arizona where anti-immigrant fervor is strong.

So what does this act look like now? Where does it stand and what does it have to do with the Senate Caucus to End Human Trafficking? The aforementioned editorial in The New York Times also details how in October 2011, a Senate bill to renew this act through 2015 cleared the Judiciary Committee, yet has not come to a floor vote. The bill for this act’s renewal cuts appropriations to 130 million but increases “victim” assistance to $25.5 million. It also has strengthened enforcement measures. The Senate Caucus to End Human Trafficking is co-chaired by Senators Richard Blumenthal (D-CT) and Robert Portman (R-OH). They aim to engage caucus members in agreeing upon common goals and creating policies to achieve these goals in the quest to end human trafficking. There are 13 Senators on this caucus, and it is fitting that Blumenthal and Portman are co-chairs because in June 2012, they sponsored the End Trafficking in Government Contracting bill. (In this bill, these two Senators hoped to change pending defense fund legislation in order to stop funds for government contractors who employed trafficked laborers.) It is suspected the work and attention that this caucus will garner can only bring the Trafficking Victims Protection Reauthorization Act of 2011 back to both public and governmental discussion. The caucus has already begun productive conversation as Jada Pinkett Smith has expressed her hope that the caucus will establish an advisory council of survivors that can help the government comprehend the various complexities of human trafficking. It appears good results can come out of this caucus.

Recent news reports have restated the need for this act, along with the Violence Against Women Reauthorization Act, to pass Congress before the end of this year. However, with much needed attention and work focused on the “fiscal cliff,” the renewal of these crucial acts seems doubtful and such a delay would be disastrous for those seeking assistance. The same editorial in The New York Times describes recent successful efforts made to reach out to survivors of human trafficking. These efforts include: “a new trafficking hot line, financed through a grant by health and human services, for instance, [which] has taken more than 49,000 calls, connected 5,770 potential victims with services and provided more than 2,155 law-enforcement tips.” Such services are not plentiful and whatever resources exist to help people who find themselves to be survivors of exploitative practices like human trafficking should be maintained if not expanded.

Thank you for your post, Prof. Méndez. I voted in California last month, and Prop. 35 had to do with human trafficking and penalties. Like most voters uninformed on this measure, I unquestioningly voted YES for increased penalties on those convicted of human trafficking crimes. I soon learned from my progressive colleagues that I should have voted NO. Do you know about this measure and how it affects people of color?