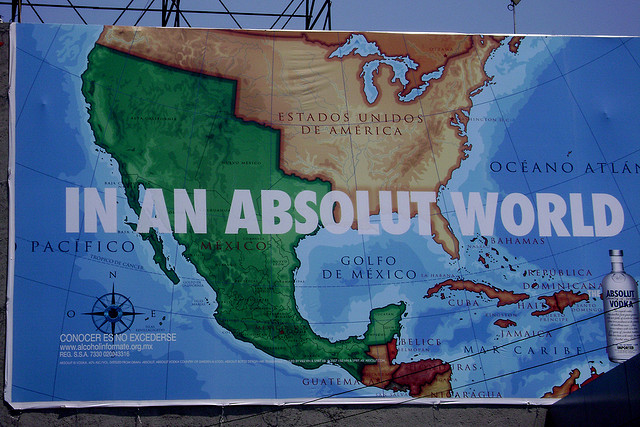 During the last two decades, Latinos and Latinas have achieved a modicum of recognition in U.S. mainstream culture, in part because of the marketing machine of corporate America. However, as Arlene Dávila (2001) proposed, the recognition that Latinos/as have achieved has been simultaneously and paradoxically accompanied by “a continued invisibility in US society” (3). Corporate spending and advertising directed at Latinos/as have grown at an annual average rate of more than 10 percent since 1998 and will continue to grow as census numbers reveal that Latinos now constitute the largest minority ethnic group (US Census, 2012). Given this new demographic reality suspiciously dubbed the “browning of America,” marketing officials are developing more sophisticated approaches to reach the Latino/a consumer replacing the crude and offensive images of the past that outraged Latino civil rights groups. The new images have been refined and repackaged to present Latinos/as less as a caricature and more as a seamless harmonious unified group. This contemporary construction of Latinidad by corporate America needs more critical interrogation amidst neoliberal policies and global economic forces that insist on merging the Latin American South with the Latino North to create the new (future) hybrid marketing, especially one geared toward mainstream non-Latino communities.

The process of intercultural borrowing/appropriation and racial mixture has a long, tormented history in the Americas, dating back to the European colonizations of Africa, Asia, and Latin America. This process has been known as syncretism, miscegenation, creolization, metis, transculturation, hybridity, and mestizaje. Because of their own colonial histories, many Latin American countries have adopted the ideology of cultural and racial mixing as a central tenet for their nation-building projects. Although some of those projects have transcended their countries of origin through the movement of immigrants, in the end, the US has never adopted or even seriously contemplated hybridity as part of its nation-formation processes.

At the same time, Chicano/a Studies scholars have critically interrogated the concept of “mestizaje” making a crucial distinction between its Mexican and Chicano nationalist configuration. In Mestizaje, Rafael Pérez-Torres argues that because of Chicana/os racialized experiences in the US context, “mestizaje” rises to the level of a counter discourse and practice that challenges dominant Chicano and American conceptions of white masculinity and heteronormative sexuality. While Pérez-Torres’ re-configures the term “mestizaje” with a critical edge, it does not prevent US advertisers and marketers from appropriating hybrid culture for economic gain.

Thus, the American marketplace has recently developed its own ideas about mestizaje and hybridity with the purpose of selling products, images, and ideologies to mainstream American audiences. These ideas are usually used in tandem with mainstream commodified constructions of Latinas/os, which are often presented as “mestiza/o” or “hybrid” constructions. This is happening at the same time that we are witnessing a major backlash against Latinos in virtue of a government-created hysteria about (Mexican/Latino) immigrants and immigration. We call this particular selling of ideas corporate mestizaje, not because we think this is a bonafide case of social or cultural syncretism, but because we want to call attention to a specific pattern where those doing advertising for US companies combine seemingly benign aspects of American and Latin American cultures in their selling of specific products (cars, food items, etc.). As an illustration, we offer the advertisement for a beer introduced by Miller Company in 2007, which used a particular kind of English-Spanish hybridity to market its new product. Though we only discuss this one example, we would like to call attention to the fact that this has been done pretty consistently during the last decade or so, as we have repeatedly witnessed the peddling of consumable “hybrid” images for the mainstream audiences.

Milwaukee-based Miller Brewing. Co. has long been associated with white blue-collar America and sales have been declining for the past few decades. To reverse sagging beer sales, Miller decided to go “south of the border” to find inspiration for their new light beer called “Miller Chill” (Kesmodel, 2007). This lime and salt flavored beer was introduced in a television advertisement campaign called “Se Habla Chill” (translated as “We Speak Chill”). The “Miller Chill” beer was advertised as “an American take on the Mexican ‘chelada’” (translated as the cold one). The “chelada” emerged as a popular drink in Mexican beach resorts in the 1960s and it consists of beer, lime, salt, and ice in a salt-rimmed glass. According to one Miller spokesperson, “We call it a modern American take on a Mexican classic” (Lentini, 2007). Miller Chill was packaged in a lime green bottle with words “Inspired by a Mexican recipe with lime & salt” on the top, followed by green and silver modular Aztec-like design in the middle” with word “Chill” in bold letters, and “Chelada style” words at the bottom. One television commercial featured a close-up of the green bottle with bright colors and Latin music in the background. The Spanglish narration included such mock Spanish phrases as “Beerveza,” “It’s Muy Refreshing,” or “Viva Refreshment.” The Miller web site (www.millerchill.com) described the “hybrid” dimension of this new beer: “Refreshment takes on a whole new meaning south-of-the-border where the sun burns HOTTER and LONGER; where heat creeps into EVERYTHING from food to music to nightlife….Inspired by a Mexican recipe. Miller Chill is a unique, refreshing fusion of two cultures per 12oz serving.”

The Miller Chill advertising campaign uses the trope of “tropicalization” that refers to stereotypical Latino images, music, and characteristics that are defined as “tropical” and associated with representations of hotness, exotic, wild, and passionate peoples/things (Aparicio and Chavez-Silverman, 1997). Building upon Edward Said’s concept of “Orientalism,” Frances Aparicio and Susan Chavez-Silverman (1997) argue that “tropicalization” is formulated from an Anglo dominant perspective, it homogenizes culture to construct a “mythic idea of Latinidad based on….projections of fear.” (8). The bright colors, salsa music, and tropical fruit are “tropicalizing” references associated with Miller Chill’s “Beerveza” made with an “unexpected twist” and “brewed for a new level of refreshment.” In addition, when the website pitches their new beer as “unique, refreshing fusion of two cultures” it is combining a “traditional Mexican style” recipe with low-calorie beer to construct a “happy hybridity” discourse that appeals to mainstream consumers.

The problem with this particular celebration of “hybridity” has to do with its disengagement from reality. For instance, although we could interpret the use of English and Spanish along with the specific allusions to Mexico as a step toward acknowledging the long (if torturous) relationship between that country and the US, or the crossing over boundaries of specific cultural artifacts, we must keep in mind that this type of hybridity is not meant to extend beyond the advertising campaign. That is, we could argue that immigrant behavior does the same thing creating a hybridity in defying two nation states by simply crossing the border between them. But, we would be ignoring how the nation state has continued to intervene in the lives of migrants through surveillance, legislation, militarization, arrests, detention, and deportation. Moreover, the “fusion” of American and Mexican cultures as reflected in the new Miller Chill beer campaign is less an example of hybridity (cultural, social, or political) and more an example of market forces dictating trends in beer consumption based on perceived notions about consumer preference via the appropriation of certain cultural elements. As Miller’s chief marketing officer observed, “There’s clearly a move toward Latinization if you’ve been watching the American consumer” (Kesmodel, 2007).

We must also point out, that although we see this type of marketing campaign as directed to mainstream audiences, Latinos also watch and witness how these advertisements are seeking to peddle certain cultural elements associated with them. In fact, Latinos and Latinas are not passive consumers of marketing campaigns, and have had a long tradition of organized boycotts against products and social actors that promote anti-Latino agendas. In 2006, when immigrant rights activists in Chicago discovered that Republican Congressman James Sensenbrenner, author of the anti-immigrant bill, HR 4437 received political contributions from Miller Beer they threatened a national boycott of Miller beer products. Almost immediately, Miller conceded to organizers’ demands and put out a one page ad in a Spanish language newspaper proclaiming their opposition to HR 4437 and pledged their “support for the Hispanic community and the rights of immigrants” (Navarette, 2006). Although Miller was more concerned about declining profits than becoming a pro-immigrant company, organizers took advantage of this political moment to fight anti-immigration legislation but also proclaim that market inclusion should translate into political inclusion.

Conclusion: The Corporate Hybrid in Perspective

Corporate America has used a Latino hybrid trope to reach mainstream audiences and consumers, but this “cultural inclusion” has meant material exclusion for the large number of Latinos and Latinas. More to the point, mainstream America seems more at ease with “south of the border” things than people, as long as these things appear in and stay confined to their television, their films, and their advertisements. Corporate Mestizaje is an insidious practice that creates and deploys commercials like those of the Miller Chill, turning them into tools to ease the insecurities and fears of mainstream culture about an impending Latinization of the United States. However, the marketing of Latinidad has not effectively addressed the underprivileged circumstances of Latinos/as. In the end, these types of commercials say nothing about Latinos and everything about mainstream U.S. culture. After all, an accessible and re-imagined mestiza Latino/a “culture” (one without the reality of Latino/a people) is definitely more titillating and certainly less frightening. Jarabe de Palo’s lyrics in the opening epigraph become an ominous means of marketing, “there’s no future in purity,” and corporate America is cashing in on that.

Dávila, Arlene. 2001. Latinos Inc.: The Marketing and Making of a People. Berkeley: University of California Press.

Carmen R. Lugo-Lugo is an Associate Professor in the Department of Critical Culture, Gender, and Race Studies at Washington State University. Her research focuses on Latinos in the US, “the War on Terror,” and the representation of Latinas/os and other minorities in popular culture.  José Alamillo is a Professor of Chicana/o Studies at California State University, Channel Islands. Dr. Alamillo’s research focuses on the ways Mexican immigrants and Mexican Americans have used culture, leisure, and sports to build community and social networks to advance politically and economically in the United States. His current research project includes a transnational history of Mexican Americans in sports and the commercialization of Cinco de Mayo during the 20th century.