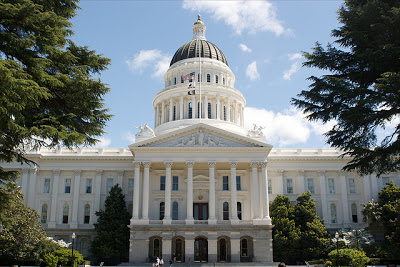 Mujeres compañeras, feministas Chicanas, Latinas y mas: Have you had enough of electoral politics? Did those congressional wiri wiri’s con bastantes pendejadas(rhetoric, hot air and plenty of stupidities) push you well beyond anger with the two-party system to somnambulist alienation? Politics in the Golden State, now revealed as a solid Democratic state, were not any more exciting, even as California underwent a demographic change unmatched in any other state. Although two women were on the ballot, the California gubernatorial elections of 2010 left me beyond bored and rather angry. Perhaps this is because neither woman, both of whom are CEOs of major companies, met my minimal criteria for candidacy.

A LATINA FOR GOVERNOR OF CALIFORNIA IN 2014? Would a Latina on the ballot make any election more engaging and more meaningful to me? Perhaps, but only if it is a position with the ability to alter the relationship between the rulers and the ruled, entrelos de abajo y los de arriba. How might this work? Inspired by the people of Arab Spring, I submit that an interested group might use the internet and social media toward this end. I proposed this entire plan to my family. My brother, the civil engineer, asked me, the social scientist, how I could even believe this could happen. He argued that my political science knowledge was just so much nonsense. Usually I concede intellectual knowledge vs. community experience arguments in the interest of peace and often end in agreement with him. This time I did not concede.

I refer you to a rapidly growing body of literature demonstrating, among other things, that women continue to develop feminist consciousness and do act on this thought process. In short, class, race/ethnicity, and gender do make a difference in politics. Traditional literatures such as political science, as well as emerging literatures including Women’s Studies and American Studies, affirm a Latina political consciousness. This specific consciousness is made up of a seamless cloth in which women’s personal development is intertwined with their roles in the family, the community, and their emergence as political activists.[1] Most importantly, the literature in Chicana and Chicano Studies has grown rapidly, with a sizeable body of work on Chicanas/Latinas and politics.[2] Since the theory that Chicana/Latina political consciousness is real, well-known, well-documented and reflects experience, then it is time to turn the pyramid upside down and share power rather than continuing to hold up pyramids and bridges on our backs.[3]

THIS IS A CALL TO ACTION. The next California gubernatorial election is in November 2014. I invite you to join me in nominating and supporting one Chicana/Latina feminista to run for and win the Governorship of the state of Alta California. I propose that this is performed “democratically” through the Internet and social media.

Although it is not my intent to encourage anyone to participate in electoral party politics, I am indeed searching for strategies that can actually foster meaningful change in the nature of the relationship between the rulers and the ruled. While American political ideology, including ideals of equality, individual freedoms, and government of the people, by the people and for the people, as stated in the Declaration of Independence and the US Constitution, may have inspired many of us, the marriage of such lofty ideals to raw, unregulated capitalism has rendered the original ideals and everyday practices hollow and harmful. However, the American electoral system occasionally provides some truly democratic moments.

Another such moment is now before the Latino population in California, specifically in the next gubernatorial election. Despite the fact that the U.S. Census seriously undercounts the Latino population, the 2010 U.S. Census and the resulting redistricting plans have given Latinos an unprecedented voice in the electoral process as shown in the 2012 elections. Proposition 11, Voters First Act, passed in 2008, established an entirely new process for reapportionment plans based on the 2010 census. However, the effort to take the reapportionment process out of the California State Legislature ended by increasing representation for new populations, cultural groups, and historical communities previously ignored or underrepresented. This process may not survive the next election. Conservative groups are presently working on changing that process through California’s citizens’ initiative to disallow “overwhelming” power for California’s former minorities. Latinos and Asian/Pacific Islanders especially cannot allow the underrepresentation in state governance to intensify nor continue because it means our communities will be wrongly served and/or underserved.

The 2010 U.S. Census also contains another important figure: Latinas are 51% of the Latino population. This number signifies that mujeres Latinas hold up more than half the sky. Coupled with knowledge and experience of Chicanas/Latinas in the workplace, the home, and the community, this does mean that mujeres do more than half the work. Mujeres should thus have an opportunity to have some of the power. And I expect men, brothers, and partners to wholeheartedly endorse this endeavor. I paraphrase a quote by Gabriel Garcia Marquez, 1982 Nobel Laureate in Literature, in a January 2000 issue of Time magazine: “Men have run the world for well over 2000 years. Women deserve to try their hand at governance in the 21st century.” The eyes of the world are on us. Women must rise to the challenge. California is perfectly poised to meet that challenge.

The following are some of my ideas for this project. If you would like to join me in creating a group, a Comité, separate from MALCS to advance this idea, please email me at adaljizasosariddell@yahoo.com.

STRATEGY. A first round of work will identify a Latina candidate then gather support and verify interest of the candidate in running for governor by signing up for the Primary. This first round should generate a short list of possible Latina candidates gathered by consensus exclusively from among women. The second round will begin with one Latina name, and one only. The Comité will then reach out to all Hispanic, Latino, Mexican American and Chicano organizations in California via listservs and social media, in an effort to recruit male compañeros, to endorse and work for the one consensus candidate.

CRITERIA FOR CANDIDACY. Candidate must:

1.     Demonstrate a Latina women’s political consciousness
2.     Possess electoral politics experience
3.     Have statewide recognition
4.     Exhibit a clean record (no major scandals)
5.     Display support for and from Latina/o grassroots groups including especially non-traditional sexualities
6.     Be highly knowledgeable on California issues
7.     Be familiar to and with large urban centers including Los Angeles, San Francisco, San Diego, and in its most rapidly growing areas such as Fresno, Visalia, and the Inland Empire

Again, I welcome other suggestions for criteria. The Comité will need these later for extensive outreach to garner support.

WHAT YOU CAN DO. If you are interested, join me in forming the Comité, you can:

1.     Nominate a candidate
2.     Volunteer for the Comité to receive names from first round of contact; work with me (or someone else) to come up with one name; conduct second round of outreach
3.     Work on campaign itself
4.     Suggest other forms of participation

¡Ya es tiempo! I look forward to your ideas, suggestions and concerns.

Adaljiza Sosa Riddell, Ph.D., is the founder of MALCS and Chicano Studies Professor Emeritus at The University of California, Davis. She lives in Los Angeles and studies politics, Chicana/o issues, and class struggle. She can be contacted via email at adaljizasosariddell@yahoo.com.