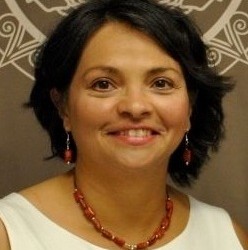 Kudos to all the people who developed the PBS six part Latino Americans (2013) film series. The lenses of race, class, nationality, transnationalism and citizenship are successfully woven throughout six different eras. Despite the inclusive voices of Chicana and Latina historians Vicki L. Ruiz, Maria Cristina Garcia and Virginia Sánchez-Korrol, and despite excellent stories about women like Apolinaria Lorenzana, Rita Moreno, Dolores Huerta, Julia Alvarez, Gloria Estefan, and Maria Elena Salinas, the film series lacks a focused lens on gender and sexuality throughout the film. The problems of sexism, heterosexism and homophobia are ignored.

I will look at each episode highlighting key aspects of each episode and offer ideas as to what could have been included. Educators may supplement their teaching accordingly.

Episode 1: “Foreigners in Their Own Land” (1565-1880) provides a broad sweep though most attention is to post-1836. A focus on 1492 to 1821 or 1848 would have been more appropriate. The “Spanish colonial era” included Spanish presence in twenty-five states of the current U.S. and key civil settlements. Their interaction with Indian nations is essential in accounting for the pandemic that European disease brought to the Americas; Spanish genocide of Indians; Spanish slavery (encomienda system); mestizaje as well as the foundational race/caste/gendered/sexed status of Spanish, mestizo, caste and Indian peoples; and sexual violence. “Our” Spanish lands were Indian homelands.

Episode 2: “Empire of Dreams” (1880-1942) should have been two episodes. This episode provides excellent treatment of the Spanish American War and U.S. incorporation of Puerto Rico, the Mexican Revolution and resulting immigration to the U.S., and deportation of Mexican descent people in the 1930s. An 1898-1941 episode is needed to address the rise of racial segregation, the struggle for women’s suffrage, the rise of the Mexican American civil rights movement, and school desegregation cases in the 1920s and 30s. Adelina Otero Warren, suffragist and Congressional candidate is missed as was Concha Ortiz y Pino, state legislator in New Mexico in the 1930s.

Episode 3: “War and Peace” (1942 to 1954) addresses the “birth” of the Mexican American Civil Rights Movement, the rise of Dr. Hector Garcia, the Bracero Program, Operation Wetback, and Rosita the Riveter. World War II is the focus so as to provide redress for what filmmaker Ken Burns did not do in his PBS World War II series. In fact, this six part series resulted from numerous Latino and Latina protests of Burns’ film. Yet, the Mexican American Civil Rights Movement did not just emerge from World War II, the American GI Forum, and Dr. Hector Garcia. Instead, a focus on World War I is needed to explain this historical development that includes LULAC and activist/lawyer Alonso S. Perales. Garcia was a LULACer and without LULAC there would be no American G.I. Forum. Civil rights activism in the 1920s and the 1930s, including significant political activism by Ladies LULAC and in New Mexico is unfortunately ignored. Moreover, a Latina/o film focus on World War II must mention U.S. Senator Dennis Chavez and the Federal Employment Practices Commission (FEPC), the first federal civil rights agency which outlawed racially-defined wages for people of Mexican descent and Puerto Ricans.

Episode 4: “New Latinos” (1946-1965) is excellent. It addresses the second major migration of Puerto Ricans to the U.S. due to Operation Bootstrap; reveals the welcome of Cubans by anti-Communist U.S. forces; the rise of Herman Badillo, Puerto Rican Congressman; and the arrival of Dominicans in the U.S. due to the dictatorship in their country. The film mentions how women took on gender-prescribed employment. Birth control experimentation on Puerto Rican women is excluded from Latino Americans as is any mention of the Daughters of Bilitis, the first out lesbian organization.

Episode 5: “Prejudice and Pride” (1965-1980) focuses on the rise of the Chicano Movement.  Much like the 1996 documentary Chicano! the focus here is on regional movements and well-known male leaders although Latino Americans also includes Willie Velasquez. Attention to movement machismo/sexism/homophobia is, however, ignored as is the rise of Latina feminism. How are we to explain the rise of Latinas in the 1970s including Supreme Court Justice Sotomayor without this? No Stonewall Uprising either.

Episode 6: “Peril and Promise” (1980-1910) covers the second wave of Cuban immigration; the arrival of Guatemalans, El Salvadorans, and Nicaraguans; and the diaspora of Latina/os into every U.S. state. Likewise it shows the rise of English-only efforts and anti-Latina/o immigrant sentiment/policies. Linda Chavez, Republican, speaks favorably toward immigrants and Dreamers. Feminist moments and LGBT activism are ignored.

The year is 2013; filmmakers must account for sexism and homophobia in the history of communities of color. These added lenses would have made a good film great.

Dr. Cynthia E. Orozco is Chair of History, Humanities and Social Sciences at ENMU Ruidoso. She is the author of No Mexicans, Women or Dogs Allowed: The Rise of the Mexican American Civil Rights Movement; associate editor of Latinas in the United States: An Historical Encyclopedia; co-editor of Mexican Americans in Texas History; author of 80 articles in the New Handbook of Texas; and author of over 50 newspaper articles and letters. She is also co-founder of the Chicana Caucus in the National Association for Chicana and Chicano Studies and the daughter of Mexican immigrants.