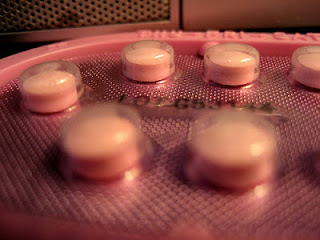 “Prevention” by brains the head

The recent radio blast by Rush Limbaugh regarding 3rd year law school student, Sandra Fluke, and her advocacy for female student rights to contraception at Georgetown University was jarring for this MALCS blogger. Sandra Fluke was verbally attacked by Rush Limbaugh and I was shocked by the hatred for a particular type of woman in this country. This particular type of woman is like me and you: she is well-educated, articulate, progressive in her politics, and feminist in her worldview and praxis. This particular type of woman is definitely a symbolic threat in our high-security-times in the U.S., a period in which our law enforcement seeks control and surveillance at all levels of society. While many may write off Limbaugh’s attack of Fluke as belligerent, or out of touch, the fact is that global misogyny and feminicide is exploding and undeniable. Left unchecked for so long, it is now rearing its head more visibly in the affluent and privileged classes. In other words, it is of no concern to Fluke’s detractors if she is white, married, a mother, or culturally conservative as she definitely demonstrated in her interview with journalist Amy Goodman on February 17, 2012, which you can watch at: http://www.democracynow.org/2012/2/17/where_are_the_women_lawmakers_walk

Fluke was barred from testifying in front of a Congressional panel considering contraception coverage by religious institutions. (Let’s bear in mind that religious institutions are completely entitled to their points of view on the topic, but health care providers are not.) In her interview, Goodman asked Fluke to respond to the charge that the government should not be involved in women’s reproductive choices; Fluke replied that the issue was actually about women’s health. She gave an example of a colleague who suffers from polycystic ovarian syndrome and is under-going premature menopause because she doesn’t have access to birth control at Georgetown, proving her point that doctors prescribe birth control for women’s health issues; it is not merely a family planning tool or a way to avoid having babies. Fluke also made sure to qualify herself as a married (a.k.a. monogamous) woman in her interview with Goodman. Verbal attacks and cultural campaigns against professional women who speak publicly about their bodies will only increase in the coming months leading up to the election.

While I applaud Fluke’s smart strategy for countering mainstream presumptions about why women use birth control, I wonder if it only maintains patriarchal standards for women? I mean, I’m not married, I don’t have or desire any kids, and I am sexually active. With nothing to be ashamed of, I would like to confront Limbaugh’s carefully laid out rationale for why women such as me should post our sexual activities on the internet, since we expect the government to pay us to have sex. Oh, yes, folks, I am not putting words in his mouth or even paraphrasing:

Rush Limbaugh: “What does it say about the college co-ed Susan Fluke [sic] who goes before a congressional committee and essentially says that she must be paid to have sex? What does that make her? It makes her a slut, right? Makes her a prostitute. She wants to be paid to have sex. She’s having so much sex, she can’t afford the contraception. She wants you and me and the taxpayers to pay her to have sex.”

Limbaugh went onto propose that if the government pays for Fluke to have sex, we as taxpayers should get something; we should be able to watch.

The problem, though, is we have already been watching for years. It’s just been someone else’s good time. Everyday we watch ads and infomercials for various men’s enhancements and desire supplements. From Extenze and Viagra commercials, to Trojan Man ads, men’s desire and virility remains perfectly natural and central to the cultural norm in the twenty-first-century. Recently, a series of K-Y Jelly ads have featured mutual “satisfaction,” but I noticed how the ads frame pleasure through a particular moralist and racial understanding of sex.  From the several commercials I have caught, they are always heterosexual couples who are always in bed and of the same race. This is what acceptable sex looks like. Message received.

Limbaugh also issued two apologies in the following weeks, the first was calculated and smug; the second more sober, given that about fifty sponsors had pulled out. The other day in a conversation about the incident I was told that the whole Sandra Fluke debacle was a distraction—a planned event to get us easy-to-rile-“femi-nazis” upset and off topic. I mean, there are so many other important issues facing the nation—gas prices, employment opportunities flat-lining, and the economic downturn. But while I was told not to get too worked up over nothing, a bill in Arizona nears passage (at the date of this blog) that will allow any employer to opt out of providing contraception coverage. Women who seek reimbursement would have to prove they’re using it for medical reasons, and not birth control. Georgia’s state senate also voted to ban abortion coverage under the state employee’s healthcare plan. The New Hampshire State House passed a similar measure. In Utah, legislation has been passed that would make their state the first to ban public schools from teaching contraception as a way to prevent pregnancy or STDs. The Virginia senate passed a bill requiring an ultrasound via vaginal or topical probe for every patient prior to undergoing an abortion. For more, on this whirlwind of legislation, please see:http://www.democracynow.org/2012/3/19/ina_may_gaskin_on_rising_us

Ella Diaz is a Visiting Faculty member at the San Francisco Art Institute. Her Ph.D. in American Studies is from the College of William and Mary. Diaz is an At Large Representative of MALCS.

Ella, your blog essay had 179 pageviews on the day it was posted and I recently heard someone mention at a conference how much they liked it! Thanks for speaking out on Latina reproductive health.