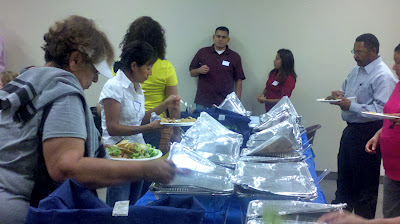 In September 2012, I and my research partners from Arizona State University hosted a Community Forum in South Phoenix to report back to this community the preliminary results of our research. The room at the community center was almost full. A few people were still serving themselves dinner from the taco bar set up by a local restaurant. No one complained that in deference to providing a healthier dining option we had not put out flour tortillas, cheese or sour cream. I looked out over the audience, trying to see if any of the faces were familiar, if I had seen them across a kitchen table while conducting an interview. I saw a few colleagues from the University, students who had worked on the project, employees of local health agencies, and community members in workout clothes who had perhaps been lured into the room after their aerobics class with our promise of discussing community health and well-being. I took a deep breath and gave an announcement in English and Spanish that the Forum would be starting in just a few minutes.

After completing data collection for a multi-year study, I had organized the Forum to fulfill the promise made to study participants during multiple visits to their households to inform them of our findings.  We were limited in the topics we could cover in the allotted 2 hours as I had required that all proceedings be presented in a bilingual format, and I wanted to make sure we had sufficient time for discussion. We briefly covered how recent changes in immigration policy, specifically SB1070, had affected families; how households were dealing with the economic downturn; and the current health issues of community members. The results were not encouraging and so I tried to also communicate the assets of the community: the resilient social networks, tested as they were by the years of hardship and deprivation, and the strong sense of community that persisted despite incidents of discrimination. The presentation ended, and we invited questions. There was a silence and then the first question: could not the findings of high rates of psychological distress be linked to the high rates of unemployment? And we were off!

The time of discussion was not so much a question and answer period as I had feared, but rather a time of commentary and people responding to each other. A woman commented eloquently in Spanish about the need for recognizing the dignity of all in this time of anti-immigrant sentiment. An African American woman spoke up about how she was willing to volunteer her time to teach a Junior Chefs class, but that no one seemed interested in her offer. Another man noted that the most important things needed to make change were present in the room already. We had successfully initiated a dialogue about community concerns! The local community college stepped up and offered to host the next forum so the dialogue could continue.

In the glow of accomplishment, the challenges I had confronted in the weeks leading up to the Forum were pushed to the back of my mind. Many of the most salient challenges had to do with the academic-community divide, a few of which I will note here.
For example, in gathering research findings to present at the Forum from my colleagues, there were differing ideas of significance and what was appropriate to share. From the perspective of many an academic researcher, if proposed hypotheses are unproven or if findings are similar to what is already reported in the literature, then they are deemed non-significant. However, purely descriptive findings can be important and useful to community members and stakeholders.

Another major challenge was translating the descriptive findings into a language accessible to a lay audience by avoiding academic jargon. The subsequent Spanish translation also had to be assessed for accessibility and appropriateness for the study participants. I usually use narrative accounts as a bridge between statistics and significance but there wasn’t time at the Forum and room for only a few carefully selected quotes in the bilingual newsletter that was handed out.

I also spent time trying to define “community.” Before the Forum started, I wasn’t sure exactly who was going to show up. We had mailed out invitations to all study participants and local government officials, placed an advertisement in a local paper, been interviewed on a local Spanish language radio show, and flyered the study neighborhoods extensively. I tried to be strategic in extending invitations, balancing the diversity of the attendees with real life practicalities: Should I invite a representative of the police? They would benefit from hearing about the concerns over increased discrimination, and the confusion people had between policies of the police and the sheriff but their presence might frighten away people from participating in the Forum. (I didn’t invite them to the Forum but met with a prosecutor to discuss giving a special presentation to a police officer committed to community policing).

I was encouraged to see African Americans in the audience. While study participants were overwhelmingly Latino, the study area has the highest percentage of African American residents in the state. Although much of the discrimination experienced was triggered by the passage of SB1070, African American study participants decried the changing tenor of their community, and the health issue of unequal chronic diseases burden also affected them. The findings of this study were not just relevant to Latinos.

I was able to successfully engage this South Phoenix community, but I am unsure as to who is going to support the efforts to continue the dialogue now that the grant funding has been exhausted.  However, I do know that I will continue to work with this community as I am committed to support them through my research in working to improve quality of life and honor the dignity, wisdom, and experience of these Arizona residents.

A copy of the newsletter with descriptive findings handed out to Forum attendees can be found at http://www.asu.edu/clas/ssfd/cepod/SMVnews092012.pdf

These community outlook and endeavor restores my faith in humanity each time. I commend the people who take a proactive role in advocating change for the good of their communities. I feel more attached with my community since joining live in care, a nutritional program for the elderly. 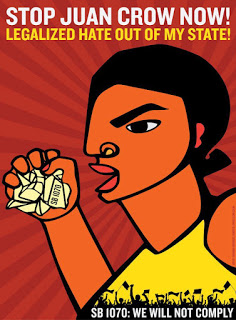