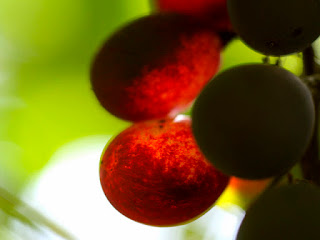 Back home from another stimulating gathering of the Society for the Study of Gloria Anzaldúa, a conference held every 18 months at the University of Texas at San Antonio, hosted and sponsored by the Women’s Studies Institute. Kudos to Professor Norma Cantú, Chairperson of the SSGA, for putting together a great program, and to Professor Sonia Saldívar-Hull, Director of the Women’s Studies Institute, and Carolyn Motley and other WSI staff, for the program, funding and logistical support to SSGA.

The theme of the 2012 conference was “Transformations,” and so many of the presentations and lectures and papers shared at this conference so thoughtfully and productively addressed this idea and practice in both Gloria Anzaldúa’s ouvre and from the perspective of other fields and bodies of knowledge in relation to Anzaldúan thought. Dr. Nancy “Rusty” Barceló, President of Northern New Mexico University, and Dr. Norma Alarcón delivered plenary speeches that challenged us to do the transformative work, in our actions in higher education as well as in our consciousness and self-growing, that so occupied Anzaldúa. I was not able to make the trip to Anzaldúa’s burial site, where Dr. Aida Hurtado also delivered a talk. The Noche de Cultura was a beautiful and energizing evening of song and dance with original compositions performed by Nancy “Rusty” Barceló, traditional and original mariachi songs from Carmencristina, folk music from Brenda Romero, fandango from Martha González and Quetzal who also joined the finale performance of Fandango Tejas. Fandango is fun! Since my explorations of Anzaldúa’s work have centered on how she queers the religious imaginary, I was particularly interested in the panels on indigenous worldviews, spirituality and religiosity in all its forms, though I could only, lamentably, attend a couple, but that’s a good reason to look for these papers in published form in either the published conference proceedings / Mundo Zurdo volumes or the MALCS journal Chicana/Latina Studies, or to research on a trip to the Gloria Anzaldúa Archives at UT-Austin.

From readings of and about Anzaldúa’s work, from conversations with those who worked with her, from hearing and witnessing her in action — in my case, in the early 1990s at a campus-wide lecture/presentation she gave at the University of Wisconsin-Milwaukee (where I was a returning undergraduate student many years ago) — we know that transformation was at the center of her project, that it was a life-long project, that she hoped to win others to engaging in this life-long project, and that in every level of academia or sphere of community or professional/career/work life in which she found herself, she lived that project, consciously and daily.