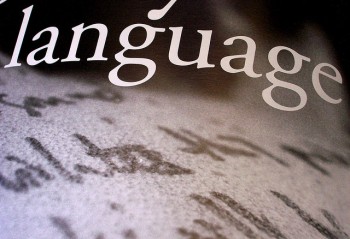 When my ten-year old niece was a toddler, my mother taught her to say the parts of the body in Yucatec Maya. My niece repeated the words that my mother slowly and carefully pronounced. My mother would then quiz her: “¿Dónde está tu chi?” and my niece would point to her mouth. “¿Dónde está tu pool?” and my niece would point to her head. They played this game repeatedly.  While I was glad that my mother was trying to teach her these words, as a bilingual education scholar, I knew that memorizing isolated words and phrases was not enough for my niece to acquire our Mayan language. After all, my sisters and I never really learned to speak Maya despite hearing it spoken by our parents and adult relatives who spoke it with each other. We did learn some vocabulary but cannot carry on a conversation in our heritage language. As kids growing up in Los Angeles in the 1970’s and ‘80’s, my sisters and I spoke Spanish at home and in our community while English dominated at school. There really were no resources to help us develop and maintain Maya.

I used to think that my sisters and I didn’t learn Maya because we grew up in the United States. However, the lack of support for developing and maintaining heritage languages was the same in Mexico, as my cousins who grew up and still live there did not learn to speak it either. In our native Mexico, Yucatec Maya, like many indigenous tongues, has low prestige and its speakers are stigmatized. In our pueblo, Spanish is the dominant language in town life and the language of instruction in school. The loss of Yucatec Maya in my family both in the U.S. and in Mexico is distressing because identity and culture are inextricably connected to language as Chicana feminist scholar Gloria Anzaldúa so profoundly claimed, “I am my language.” She was referring to the Spanish of the Southwest found in her native Texas, yet her assertion applies to all languages and their varieties.

Many scholars from multiple disciplines have shown that language is inextricably linked to our notions of who we are and to how we signal our identities in our everyday lives. For example, anthro-political linguist Ana Celia Zentella demonstrates how English and Spanish and their varieties are used by Nuyorican youth to signal various identities. Linguistic anthropologist Norma Gonzalez’ research on Mexican origin women and children in Tucson emphasizes the links among language, emotion and identity. My own work emphasizes youth’s use of Central American varieties of Spanish for maintaining and practicing Guatemalan and Salvadoran culture in Los Angeles. These are a few of many studies that underscore the language-identity connection.

Seeing that her daughters have lost their Mayan language, my mother struggles to keep that from happening to her granddaughter. Yet, the threat is not only to Yucatec Maya but also to Spanish, our family’s other native language. For my sisters and I, developing and maintaining Spanish was challenging enough given that there was no bilingual education program in our K-12 schooling. Then (as now), English-only ideologies and policies created a context that was hostile to the development and maintenance of languages other than English, particularly Spanish. Among immigrants in the U.S., the heritage language is lost by the third generation—unless there is some sort of intervention/maintenance effort. Knowing the propensity toward language loss, my family and I were determined that my niece be bi/multilingual. Indeed, my niece’s first language is Spanish. Both sides of her family agreed that they would speak to her and expect her to respond in Spanish.  Spanish-speaking family members include four grandparents whose dominant language is Spanish, as well as her two parents and three aunts whose first language in Spanish. Furthermore, my niece has attended a dual language program since kindergarten. In addition, she has spent two-three weeks in Yucatan every year since she was five. Nevertheless, today in the fifth grade, she is defaulting more and more to English.

By connecting her to Spanish and to my heart, I emphasize the emotive dimensions of language and identity. To be a tía to my sobrinita must be done in the language best suited to express the love that I feel for her. However, the Spanish that my family and I speak is not “standard” or academic Spanish. Rather, when I am being most myself, my Spanish includes English words, phrases, and loan words, and sometimes even a Mayan phrase or two. As Ana Celia Zentella has shown, code switching is a complex identity signaling and identity building practice by bi/multilinguals. She argues for an acceptance and validation of bi/multilinguals’ linguistic realities and calls out the “bilingual language patrol” who attempt to police and contain Latina/o languages. Patrolling and policing Latino/a ways of speaking further stigmatizes certain varieties of Spanish contributing to language-identity shame and loss.

I bring these deeply personal linguistic experiences to my work as a bilingual teacher educator in San Antonio. I start by interrogating what we think of as “correct” or “good” Spanish, the kind that the Real Academia Española, would approve of. I share my stories of language and identity loss with my Latina/o students, many of whom have similar experiences. They share their experiences in Spanish courses that dubbed their Spanish—and by extension, them–as inferior. Given the hostility and violence that their non-standard ways of speaking elicited, these teacher candidates are caught in a bind: How do they accept and validate their students’ Spanish while at the same time teach them the more prestigious, academic variety? How do they accept and validate their own Spanish which they’ve pegged “mocho,” “pocho,” “pobre,” “incorrecto”? They must learn to first accept, validate and feel proud of their Spanish so that they can teach their students (and their children) to love their languages and themselves. It’s not an easy process given the continuing English-only, anti-immigrant, anti-Latino/a ideologies that are rampant in the U.S. but together we can continue to resist these beliefs and practices so that my niece and other Latina/o children do not suffer needless loss of their languages and identities.

González, N. (2001). I Am My Language: Discourses of Women and Children in the Borderlands. Tucson: The University of Arizona Press.

Lucila D. Ek was born in Yucatan, Mexico and immigrated to the U.S. at the age of four. She attended public schools from K-12th grade in Los Angeles, California. Before earning her PhD in Urban Education from UCLA, she was a bilingual-bicultural elementary teacher in the Los Angeles Unified School District. Currently, she is an Associate Professor in Bicultural-Bilingual Studies at the University of Texas at San Antonio. Her research centers on the language and literacy of Chicana/os and Latina/os, and bilingual teacher education. Her work has been published in Anthropology & Education Quarterly, International Multilingual Research Journal, Bilingual Research Journal, and the High School Journal.