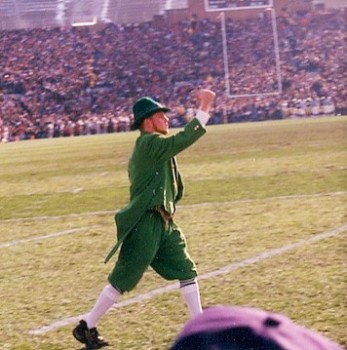 “The new world of monsters is where humanity has to grasp its future.”
—Hardt and Negri, Multitude

Teaching Introduction to Ethnic Studies and the Art of Asking Questions

I hate surprises in the classroom. I appreciate the potential of surprises in life. The promise they sometimes carry with them. The ability to keep me on my toes, so to speak. But to be clear, I hate surprises in the classroom. Especially when I teach lower division courses. When I teach Introduction to Comparative Ethnic Studies in particular, a service course we do for the university, I follow a simple, modified rule designed for lawyers in court: do not ask a question for which you do not know what the answer will be. The questions I am talking about here are not questions about class content, but rather demographic or attitudinal questions, that is to say, questions for which the answers will illustrate a particular point. This is not about students knowing the “correct” answer, but about me knowing the answer that students will give me beforehand because although I do not know each one personally, I have a certain general knowledge about who is in my classroom, and the ideas they may bring with them. Thus, I rely on both experience and “external” indicators to anticipate what their answers will be. For instance, when I ask my students in the Introduction course (like I usually do at the beginning of the semester) to stand up if they see themselves as White (to make a point about the changing definitions of “Whiteness” in our country), I know, before it happens, that 80-85% of the 100 students in the classroom will stand up (because I know the student demographics at our institution). Also, when I ask for the left handed students to raise their hand to make a point about certain predictable angles of “random populations,” I know that about 10% will do so (because they mirror the general population, and the very point I am making by asking them to raise their hand is based on that precise fact). And when I ask them to talk to me about their experiences with “diverse populations of students” at their high schools, I know what they will tell me (e.g., whether there were “lots of students of different backgrounds in their high schools” or whether they “hadn’t interacted much with students different from themselves until they stepped foot on our campus”), depending on what part of Washington they went to school.

On a carefree day, I would say that I have turned this “asking only questions for which I know what the answer will be” endeavor into a work of art. Over the years I have become accustomed to and very comfortable with this practice: I always know (at least approximately) how many students will stand up or raise their hands, or the verbal answer they will give me in response to a question I make. Like I said, I hate surprises in the classroom.

The Question that Broke my Art

A few years back in my Introduction to Comparative Ethnic Studies class, during a lecture on the use of American Indians as mascots in sports teams, I made two simple points: (1) the (ab)use of American Indians as mascots is tied to the (ab)use of American Indian cultures and peoples by mainstream American culture, which has a long history; and (2) the practice must be terminated. I showed them horrifying visuals depicting these practices throughout the decades, including pictures of sports teams using the American Indian mascots of other teams in violent, degrading ways. During this lecture, I lingered on a particular picture of a state college with a bull as a mascot portraying the American Indian mascot of its rival state school on its knees performing fellatio on their bull. My students thought the picture was in bad taste (which is a start), but I also asked them to think about the treatment of mascots in general, and whether it was fair to portray human beings in the same light. For instance, a tiger performing fellatio on a bulldog is still in “bad taste,” but the objections may end there. This was not the first time I had given that lecture, so I knew the point the students were going to raise in response, which they did, right on cue: American Indians are not the only “humans” portrayed as mascots, for we also have the “Vikings” and the “Fighting Irish,” they earnestly offered.

I always take this point very seriously, because I assume they bring it up in good faith, wanting to understand the difference. This time, my answers were simple but to the point: As a group of people, the Vikings (like the Trojans, and the Ancient Greeks) are gone, the American Indians are still with us. As for the Irish, I usually concede that it is a good example, because the Irish, as a people, do exist. I could have easily gone into all sorts of discussions about the positionality of the Irish as an ethnic group within U.S. culture or even within the United Kingdom, but this time I decided to take a different route: I asked my students what the mascot of the Fighting Irish was (and as with every question I ask in that class, I knew the answer). They promptly and ceremoniously responded: “a leprechaun.” Then, with the picture of the bull and the American Indian on his knees still up, I asked my students to raise their hands if they had American Indian ancestry. I saw them hesitate, so I made it clear: raise your hand if either of your parents, grandparents or great-grandparents is or was American Indian. Around 30% of the students in the classroom (regardless of how they identified ethnically or racially) raised their hands, and as always, I knew they would. So, I said, that picture right there (pointing again to the Indian on his knees) is about your relatives, which is to say, is about you. Now let me ask you this: How many of you have leprechaun relatives? I thought I knew the answer to this question. The question was supposed to be a throwaway, a joke for them to get the point. No hands were supposed to go up. Not one hand up was the answer I knew to expect. But, to my surprise (yes, a surprise in my classroom), at least three white-identified students raised their hands. Not as joke, not even as a challenge to my authority, but as a bona fide answer to my question. I am hardly ever thrown off balance in my classes, but for a fraction of a second I was, and then sternly told those students to put their hands down because although I hated to break it to them, “leprechauns, just like unicorns and mermaids, do not exist.” At least not in the corporeal sense that would prompt genealogical claims. For a moment there all I wanted was to get those hands down and erase the incomprehensibility they represented. But regardless of how fast they put their hands down (and they were extremely fast), my fail-safe system of asking students questions in class was broken. Even if momentarily.

Some of my Students are Leprechauns, Which is to Say, they Think Racism is not a Big Deal

Those hands confirmed that this generation of students is truly lacking an understanding of the historical impact and contemporary reverberations of racial formations (a la Omi and Winant) and racism. More to the point, if students do not understand the difference between “real” and mythological peoples or even how genealogy has operated in their own creation, how can they understand the difference between racial myths and racial realities, or how racism works in our society? Students suggesting that mythological leprechauns or extinct Vikings are as abused as flesh and blood American Indians should be troubling enough. But for them to actually identify with the figure of the monstrous leprechaun by seeing themselves in that figure should be beyond comprehension. Unless you understand this generation, that is. This is the first generation of White Americans raised with a societal understanding that equality between the races as a principle should not be disputed. However, this understanding has been intertwined with a convenient lie, mainly, that we have actually achieved racial equality. That lie has taken root because although their generation is buffered by my generation (Generation X), which was born after segregation and other major forms of de jure discrimination were deemed unconstitutional, studies show that buffer notwithstanding, White millennials have not transcended the history of this country. Thus, when it comes to expressing racism, Millennials are sometimes no better than their parents (Gen Exers) or their grandparents (Baby Boomers) (Clement, 2015). As Michael D. Smith argues, “the education [white Millennials] have received has left them ill-equipped to understand the nature of racism,” as they “have inherited a world in which the idea of ‘reverse racism’ has been legitimized…” (2015). Their “education” has taken place in a vacuum where discrimination against Black folks (which they equate exclusively with slavery and perhaps segregation), was something that happened in a long and terminated past, something that has no repercussions today because, as they’ve learned, we are now all equal.

And that is the crux of the matter, for if as they’ve been instructed, we are all equal today (whether we descend from American Indians or leprechauns), that means that Whites can experience as much discrimination as anybody else (hence “reverse discrimination”). So, from this perspective, Black folks, American Indians, and Latinas/os may be having a hard time in our society, but by golly, so are Whites. Their understandings of race and racism have become another mythology, where their perceived oppression is equal to that of anyone else’s. And in their mythological views about race and racism, their non-human, monster-like “leprechaun ancestors” are being abused by sport teams, just as are those of American Indians. Unfathomable to many, but if we (professors) are to help them understand their own positionality within historical and contemporary manifestations of racism, and to help humanity “grasp its future” as Hardt and Negri compel us, we must become adept slayers of mythical creatures in this new world of monsters, which irritatingly enough, seems to include a classroom surprise or two.

References:
Clement, Scott. 2015. “Millennials are just as Racist as their Parents.” The Washington Post. April 7. http://www.washingtonpost.com/news/wonkblog/wp/2015/04/07/white-millennials-are-just-about-as-racist-as-their-parents/.
Omi, Michael and Howard Winant. 1994. Racial Formations in the United States: From the 1960s to the 1990s. New York: Routledge.
Smith, Michael D. 2015. “Millennials are Products of a Failed Lesson in Colorblindness.” PBS. March 26. http://www.pbs.org/newshour/updates/white-millennials-products-failed-lesson-colorblindness/.