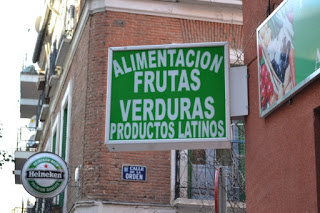 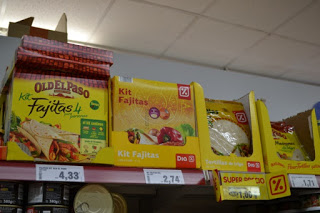 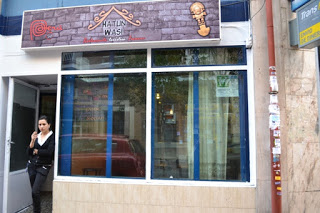 Like images of the Virgin Mary in tree trunks, Mexican eateries in the US tend to reflect migration patterns and shifting demographics.  However, the ones in Madrid—and, here, I’d wager to say in just about any other European city—testify more to that city’s elite cosmopolitanism.  In other words, Mexican restaurants in Europe signal the presence of American expats and/or well-heeled foodies.  By and large, the Mexican restaurants in Madrid have a trendier or more upscale air than their Latin American counterparts, many (but certainly not all) of which appear to be run by and for hardworking and thrifty immigrants.  For example, at Hatun Wasi, a Peruvian restaurant that recently opened in the working-class, immigrant neighborhood of Cuatro Caminos, the no-nonsense dining room consists of mismatched chairs, tables, and bar stools.  The floor is clean, but scuffed.  A simple blackboard in the window announces the restaurant’s hours and the prices of various specials. [Fig. 3] 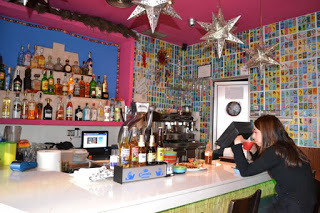 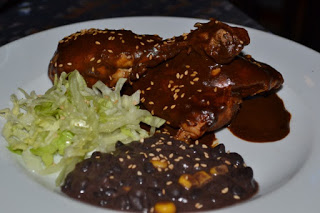 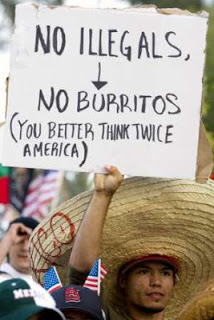 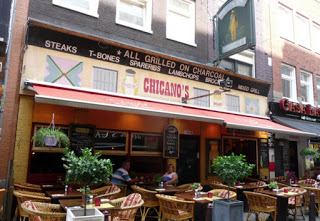 I liked your latest blog entry from Barcelona.  Here’s a photo I took of an Argentinean restaurant in Amsterdam a couple of summers ago.  I also have photos of restaurants in Sweden and Denmark, but none are called Chicano’s.

Catherine Ramirez is on the faculty at University of California, Santa Cruz.